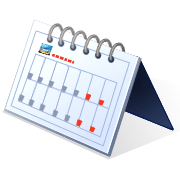 All financial institutions (FIs) with a branch network have to deal with variability in scheduling staff. Much of it is to cover planned absences from vacation, PTO or training. Some is caused by the time required to fill staff openings and some is on-demand to cover unplanned absences. This article is based on interviews with seven institutions, plus Point Enterprises' experience implementing software to automate and manage scheduling. The institutions vary in size from community to mid-regional, includes commercial banks and credit unions, and geographically span the continental United States.

The most obvious conclusion is that a wide variety of strategies are used and there are not many common practices. Some FIs use mostly part-time employees for float and some use mostly full time. Some use universal employees that can perform multiple jobs while others are mostly teller. Some have formalized processes and some are ad hoc. Some use software to varying degrees and others are manual. There are differences even within the same institution.


How Float Staff are Organized

One of the common traits is that most of the FIs organize float staff by region/area/market, which will be referred to as "area" for the rest of the article. Each area has a designated pool of float personnel that are charged to the area's cost center. A few allocate costs down to the branch as resources are used, but this is less common. Given that float staff is funded by area, scheduling personnel between areas is rare.


Number and Type of Float Personnel

The number of designated float employees varied from a low of 0.17/branch (14 for 80 branches) to a high of 0.87/branch (25 for 31 branches). It should be noted that most interviews were with area managers, so these ratios do not necessarily apply to entire institutions. Some of the variance has to do with history and some with deliberate strategy about budgets or staffing. FIs with a high ratio of float staff tend to utilize more part time staff as permanent branch employees, and maintain a lower base level of branch employees.

To determine the number of float FTE some FIs use an analytical process involving multiple criteria, while in many cases the number has just evolved over time. When a formal analysis is used the criteria include total forecasted PTO, historic unplanned absences, turnover rate, and replacement and training time. All the FIs using analytics to calculate float also use staffing software, so they have easier access to the kind of detailed information needed.

A majority of float personnel are tellers. However, most of the FIs interviewed had at least some personnel who either were customer service (platform) or qualified to perform teller and platform (universal). In one case almost all float personnel are truly universal (teller, platform, loans), but this FI has a high percentage of universal branch employees in general.

There was some tendency to utilize more part time than full time employees for float, but this characteristic is by no means dominant. Some use employees who are part time with a target load of 25-30 hours per week, but are allowed to work up to 40 hours based on demand. Two FIs explicitly mentioned new ACA (Affordable Care Act) rules as pushing them towards more strictly enforced part time limitations.

Most of the FIs primarily drive float demand based on requests from the branches to area management, though there are also various levels of centralized pre-planning. Generally branches are required to submit vacation/PTO plans anywhere from one to six months in advance. Some FI's take the schedules and centrally assign float staff, but more commonly the branches make requests for staff on specific dates. Email to someone assigned as float coordinator at an area level is the most common practice, a few institutions use software processes, and in one case it was completely centralized in branch management.

Determining assignments varied from first-come-first-served, to an evaluation of relative need, to automated software scheduling, to what could best be described as "squeakiest wheel".

Unplanned absences are problematic for everyone. At FIs with a lower ratio of float staff to branches, all of the float personnel are assigned well in advance to cover PTO. Filling an absence is handled by area management working with branches to move employees around to cover severe needs. FIs with higher levels of float staff naturally have a greater ability to meet on demand requirements with float personnel. This is a deliberate choice since historic levels of unplanned absences are one of the criteria used to determine the number of float personnel maintained.

There were many responses to the question, "How much effort is required to manage and schedule float staff?" Responses ranged from "no big deal", to an hour a week, to 3 man-days a month, to not sure but it is a pain in the . . . . Again, most interviewees are part of area management and discussing their own area, not the entire FI.

It is clear there are many solutions FIs are using to schedule and manage float staff. There are few truly common practices. FIs with staffing software often treat the problem more analytically, but still use different strategies.

Given the widely varied responses and small sample size, we welcome additional comments or descriptions from everyone. Log in or Register below to post. It is free and Point Enterprises will not share your contact information with anyone.

Float staff scheduling and management for tellers, platform and universal employees are built into the StaffPro Branch Resource Management system. Its features are designed so that most of the work is performed automatically by StaffPro.

The new float staff: Sharing high skill employees between branches can save costs and improve service.

Managing scheduling and coverage for branch employee PTO (Personal Time Off) is a challenging and thankless task in financial institutions (FIs) with multiple branch locations. The StaffPro branch resource management system has several features that work together to facilitate and automate much of what is needed to manage PTO.